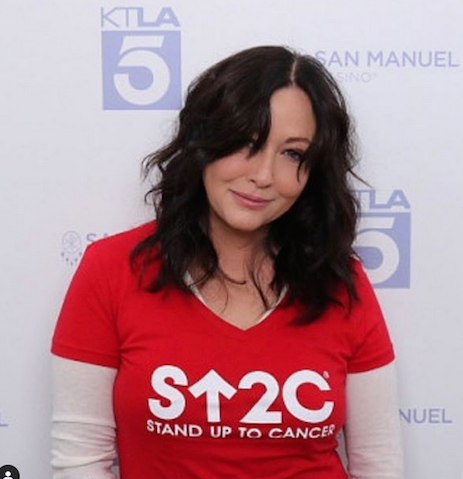 Jason Priestley says his TV twin sister Shannen Doherty is a “fighter” amid her battle with terminal breast cancer.

The actor was asked about his Beverly Hills, 90210 and BH90210 co-star, who revealed earlier this year that her cancer had returned — and progressed to stage 4 terminal cancer.

“Last time I heard from her she was in pretty good spirits,” said Priestley, who revealed that he reaches out to Doherty “every few months just to check in on her and say hi.”

He continued, “Shannen’s a real tough girl. Shannen’s a fighter, and she’s always been a fighter. I know that she will continue to fight as hard as she can.”

In February, Doherty announced that her cancer, which she was first diagnosed with in 2015, had returned the previous summer, while she was shooting the BH90210 reunion series. While she had been candid amid her first battle — bravely sharing her journey undergoing a single mastectomy, chemotherapy, radiation and reconstructive surgery — she kept it quiet the second time, speaking publicly about it only after a lawsuit with her insurance company State Farm. (In the lawsuit, her attorneys stated that Doherty is “dying of stage 4 terminal cancer.”)