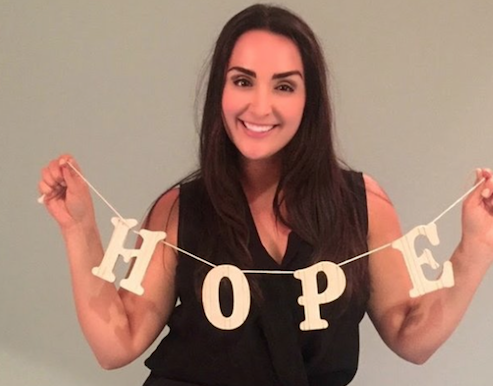 When Amanda Kouri was diagnosed with lung cancer at 24 years old in 2014, she felt shocked and confused. She’d never smoked and was very active her whole life. “The most important fact, and not to scare anyone, is that anyone with lungs can get lung cancer,” says Kouri, 29, of Manhattan, who was diagnosed with early stage lung cancer and had one lung removed.
Lung cancer is the top cancer killer in America, causing an estimated 142,670 deaths this year. More people die from lung cancer than all colon, breast and prostate cancer deaths combined. The American Cancer Society estimates there will be 228,000 Americans diagnosed with lung cancer this year, with about 85 percent in those who smoked cigarettes. “I was brought up,” Kouri says, “that if you don’t smoke you don’t get lung cancer.”
Kouri, who works for a children’s television network, began feeling out of breath in 2008, at the beginning of college at Western Carolina University. That was the start of years of recurrent pneumonias which continued after she moved to New York City. During her last bout of pneumonia, she felt terrible chest pain that landed her in the hospital. She thought she may have had a mild heart attack.

Kouri, who is a volunteer advocate for the lung cancer research and support organization LUNGevity, shared with PEOPLE how to detect lung cancer early. If you have a cough or pneumonia that won’t go away, even with antibiotics, and/or a family history of lung cancer, ask your doctor for a test called a CT lung cancer screening, which can find lung cancers much earlier than a chest X-ray. Since early detection is so important for survival, “it could prevent a lot of late stage lung cancer,” Kouri says. Further resources can be found at LUNGevity, the American Cancer Society, and the Lung Cancer Research Foundation.