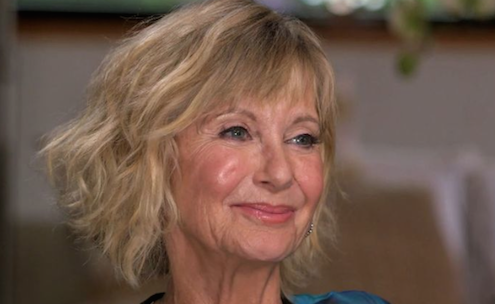 In an exclusive interview with 60 Minutes reporter Liz Hayes, Newton-John spoke candidly about taking time for herself at her home in the hills of Santa Barbara, California.
“I’m so lucky that I’ve been through this three times and I’m still here. I’m living with it,” Newton-John told Liz Hayes.

“Every day is a gift now, particularly now.”
After rumours of her ill health began circulating earlier this year on gossip and news sites, Newton-John was forced to set the record straight – posting a video to her social media accounts to refute the claims she was at death’s door.
Newton-John reveals she looks at death as “a long way away”.
“When you’re given a cancer diagnosis or a scary illness diagnosis, you are suddenly given a possibility of a time limit,” she said.