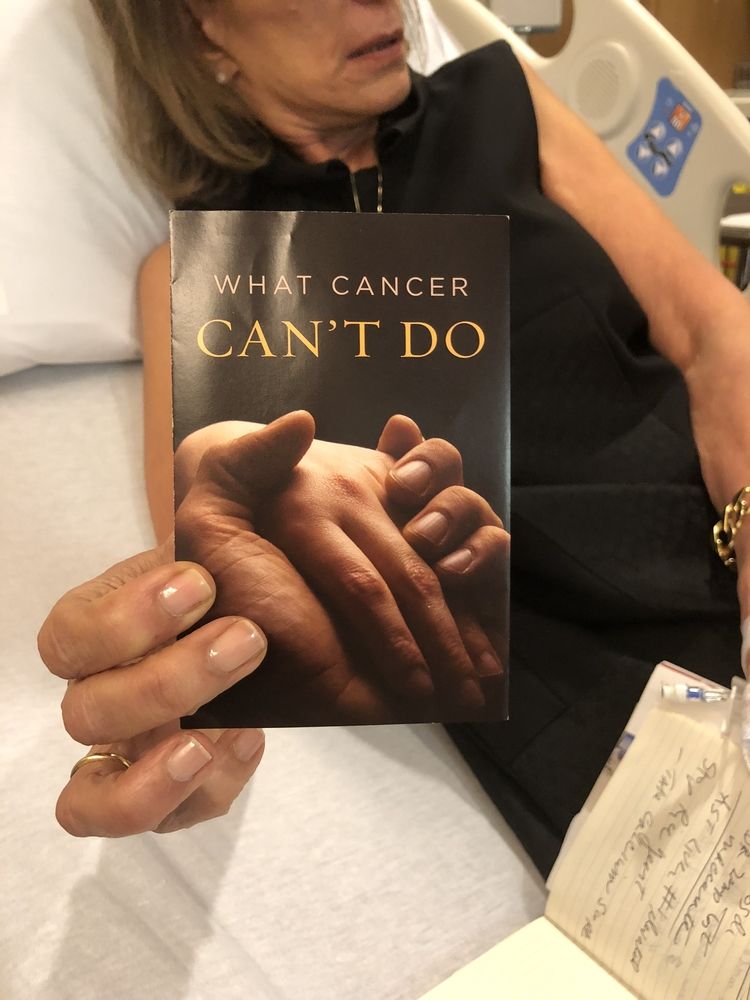 Rose Marie Jackey is sitting in her hospital bed at Mount Sinai Hospital in New York City awaiting her monthly chemotherapy infusion—a treatment she’s been getting each month for the past three years.

It’s what she and her doctors call “maintenance therapy,” which, according to Jackey, makes it sound much more enjoyable than it actually is. “I’m not getting a facial here,” she jokes. “It sounds like you’re on some kind of wonderful fresh fruit diet or something.” While it’s a less invasive version of chemo, it still has some less-than-pleasant side effects, like mouth-blistering, overall fatigue, and an increased risk of kidney issues and blood clots.

But that “maintenance therapy,” however unpleasant, has kept her healthy since her second surgery to treat a rare, aggressive form of ovarian cancer in October 2016—one that had already recurred despite chemotherapy once before, and one that may come back again. In fact, Jackey being alive and well today is a sort of “miracle,” in itself, her doctor says—and is a testament to just how dangerous her cancer was, and how far she’s come since first being diagnosed.

Jackey first knew something was wrong when she couldn’t pee while on vacation in March 2016.

She asked her female friends, with whom she was traveling, what they thought was going on. They believed she just had a urinary tract infection. Her general practitioner based in New York gave her the same answer and prescribed antibiotics.

But two days later, when the antibiotics hadn’t helped her situation, Jackey knew something bigger was up. She called her doctor in New York again, who told her to come home immediately.

Back in New York, Jackey saw a urologist, who misdiagnosed her a second time. He reduced her symptoms to signs of aging, diagnosing her with urinary incontinence, or a loss of bladder control. Jackey was less than thrilled with his evaluation. “It was awful. It was sexist,” she recalls. But she used the cream he gave her, hoping to alleviate her discomfort. After two days of following his instructions, though, she still couldn’t pee without contorting her body and physically “jumping” to force the pee out. “I was in pain,” she says.

With that, Jackey called her doctor a third time, and he told her to go to the emergency room. She went to one on Long Island, where she lives, but still didn’t get any answers as to what was going on with her body. “No one examined me, nothing. They just put a catheter [a tube that drains urine] in.”

Finally, after days of being in pain and having trouble urinating, she found an ob-gyn who immediately confirmed that something was wrong. After looking at the results of a sonogram, the ob-gyn told Jackey to bring her husband into the evaluation room to hear the results. “She just kept saying over and over again, ‘I’m so sorry. I’m so sorry. You have a huge tumor blocking your urinary tract, and I think it’s cancer,'” says Jackey.

That question was what prompted doctors to put Jackey on monthly infusions of a chemotherapy drug called Avastin, to reduce her chances of recurrence. Her doctor thought this was the best course of action, since her cancer recurred after her first treatment plan failed.

Living with an indefinite chemotherapy prescription sounds scary—but not as scary, in some ways, as considering what might happen if she stops the monthly infusions, and the very aggressive cancer that managed to grow while she was receiving chemotherapy the first time around comes back for a third time.