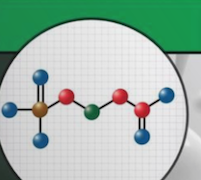 The chemical is called glyphosate, and some reports say it may cause cancer. Of the 21 General Mills products examined by the Environmental Working Group, the highest levels of glyphosate were found in Honey Nut Cheerios Medley Crunch, which had more than five times what the advocacy group believes is a safe level. Original Cheerios had more than four-and-a-half times what the group considers safe.

The products are considered safe under EPA standards. “CBS This Morning” reached out to the EPA and FDA, but did not hear back.

General Mills said in a statement that “these are very strict rules that we follow, as do farmers who grow crops. We continue to work closely with farmers, our suppliers and conservation organizations to minimize the use of pesticides on the ingredients we use in our foods.”

The maker of Roundup weed killer said that the glyphosate levels in the report are “far below the established safety standards.”

Dr. David Agus, a cancer specialist, joined “CBS This Morning” Thursday to sort out the claims. He said that “we just don’t know” exactly how glyphosate will impact the human body in the long run.

“The problem is when you eat something, say, glyphosate, there’s a 10, 20-year lag before disease and the intervention.”

Agus explained that glyphosate emerged in the 1960s as a pipe cleaner, and then started being used as a weed killer. But in the 1990s, “usage went through the roof.”

When asked if he’d willingly put the chemical in his own body, Agus said that he “certainly wouldn’t.”

“It can kill bacteria in your G.I. tract, it can disrupt your endocrine system, and there’s reasonable data that it can increase risk of lymphoma. So based on all of those, it’s probably not good,” he said, adding that it can also disrupt our cells and hormone levels.