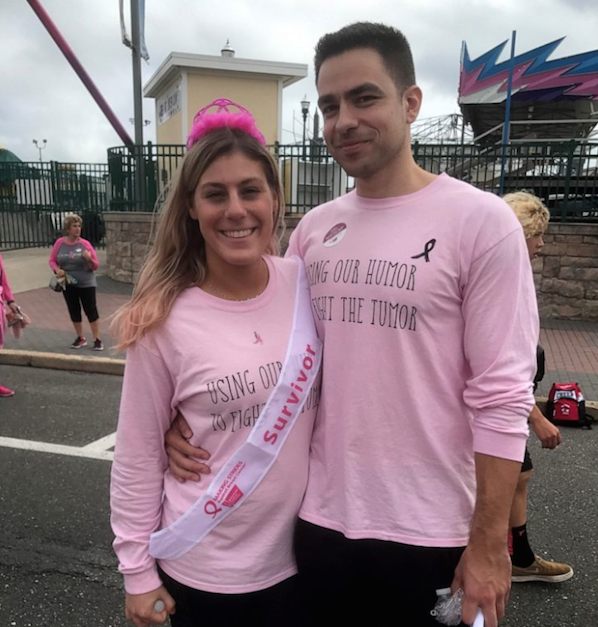 In July 2017, Hanson was diagnosed with stage 2 breast cancer. Facing a diagnosis at just 25, she had no idea what to expect, but she knew it wasn’t going to be an easy road.

She offered her boyfriend an “out.”

But Allegretti didn’t flinch. Instead, he dropped everything to be by his girlfriend’s side, making it his mission to be her rock and support her throughout the highs and lows.

On her last day of chemotherapy on Feb. 28, 2018, Allegretti had a surprise up his sleeve: a proposal.

“I was thinking about it for a long time,” Allegretti explained. “I spoke with her family and friends, and we all decided it would bring a lot more joy even to the special day it was going to be already.”

In video of the proposal, Hanson is surrounded by her nurses and family when Allegretti walks in and asks for her hand in marriage. She was shocked. When she replied “yes,” the room burst into cheers.