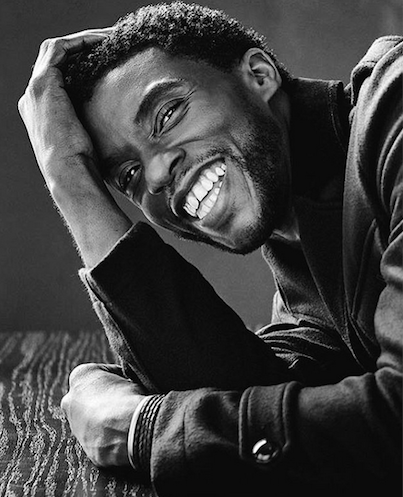 The untimely death of actor Chadwick Boseman has brought to light the increase in cases of colon and rectal cancers in people younger than 50.

It is with immeasurable grief that we confirm the passing of Chadwick Boseman.⁣ ⁣ Chadwick was diagnosed with stage III colon cancer in 2016, and battled with it these last 4 years as it progressed to stage IV. ⁣ ⁣ A true fighter, Chadwick persevered through it all, and brought you many of the films you have come to love so much. From Marshall to Da 5 Bloods, August Wilson’s Ma Rainey’s Black Bottom and several more, all were filmed during and between countless surgeries and chemotherapy. ⁣ ⁣ It was the honor of his career to bring King T’Challa to life in Black Panther. ⁣ ⁣ He died in his home, with his wife and family by his side. ⁣ ⁣ The family thanks you for your love and prayers, and asks that you continue to respect their privacy during this difficult time. ⁣ ⁣ Photo Credit: @samjonespictures

Cases of colon and rectal cancer are on the rise in young adults — and the median age of patients diagnosed is getting lower.

In 2017 — the most recent data available — 52,547 people died of colorectal cancer nationwide, according to the Centers for Disease Control and Prevention. More younger people have been diagnosed over the years. The American Cancer Society report found that the median age for people diagnosed with colorectal cancer was 72 in 1989. It stayed that way until the early 2000s and then fell to 66 by 2016.The rate at which people are diagnosed with colorectal cancer in the United States is dropping among those 65 and older but rising in younger adults.Scientists knew colorectal cancer cases were going up in younger age groups. “But we were surprised by how fast it is happening,” said Rebecca Siegel, study co-author and scientific director of surveillance research at the American Cancer Society in Atlanta.”This report is very important because it not only provides a snapshot of the current colorectal cancer burden, but also a window to the future,” Siegel said. If the increases in younger adults continue, doctors will face unique challenges such as the need for the preservation of fertility and sexual function, as well as the risk of long-term treatment effects because of their extended life expectancy she added.