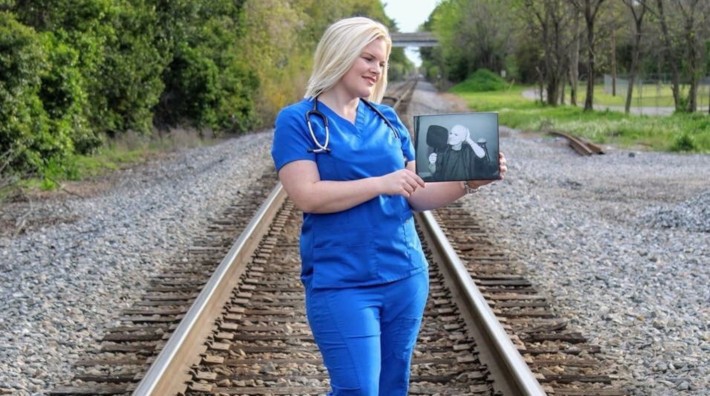 From The American Cancer Society:

When Crystal Zunino was diagnosed with non-Hodgkin lymphoma in January 2015, she was just half-way through her first year as a new middle-school math teacher in Warner Robins, Georgia. Zunino was 23 years old and had recently graduated from college with an education degree. She first knew something was wrong when she began having pain in her chest. Her doctor treated her for a pulled muscle, then for pneumonia. But she didn’t get better. Eventually the pain became so severe, Zunino was unable to eat or drink. She went to the emergency room and doctors found a mass.

“They told me it was stage 2 non-Hodgkin lymphoma, but all I heard was, ‘You have cancer,’ said Zunino. “I didn’t hear anything else they said.” Now, she advises patients to ask the doctor or nurses to repeat the information, even if it takes a few times.

By Zunino’s last treatment day — May 30, 2015 — she was in remission. She still had the mass in her chest, but it was no longer cancerous. She continues to have regular follow-up tests to make sure. She and her boyfriend, now her husband, celebrated the end of treatment by attending an Atlanta Braves baseball game with VIP passes arranged by her students.

The next fall she went back to teaching, but she felt something was missing. And then something happened that Zunino says “just clicked.”

Her treatment included 6 rounds of chemotherapy. When she noticed her hair was starting to fall out, she shaved it. “I wanted to be in control of something,” said Zunino.

Now Zunino is working on a chemotherapy certification that will allow her to work in an infusion center. She hopes to one day work in the same center where she was treated. “My work is fulfilling,” she says. “I love it.”